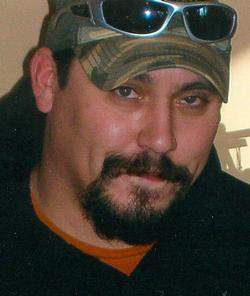 
Robert was born October 6, 1978, at St. Mary’s Hospital in Detroit Lakes, MN, to Dale and Therese (Stenger) Stroschein. Bob grew up in rural Frazee and graduated from Frazee High School with the class of 1997. He was baptized and confirmed in the Catholic faith.


Bob was employed at Metal Sales in Detroit Lakes at the time of his death. He was very proud of his team there. He had a love for the outdoors. He had a zest for hunting, fishing and snowmobiling. He spent many hours building tree stands with his Dad and Brothers in his basement. He also enjoyed target shooting, trap shooting and archery.


Bob loved to have fun. His laughter was infectious. Many times in playing games with his cousins, he would lead them in laughter. He treasured his family, his dogs, and his many friends. He loved to reminisce about things he had done with everyone. He will be missed by many.


Bob is survived by his parents, Dale and Therese (Stenger) Stroschein; sister, Melissa (James); brothers: Steve and Michael (Lisa); his nephews, Chase and Tucker whom he held dear to his heart; and his faithful and much loved companions, Spook and Sam. He has many uncles, aunts, cousins, and friends who loved him to the moon and back.


He was preceded in death by his grandparents, Joe and Margaret Stenger and George and Gladys Stroschein.


To order memorial trees or send flowers to the family in memory of Robert Stroschein, please visit our flower store.