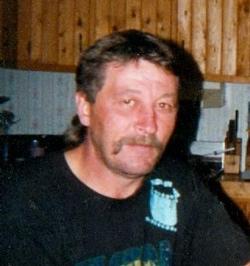 Ronald Gene Wirth, age 63, passed away at his home in rural Frazee on Monday, September 22, 2014. A funeral service will be held at Furey Funeral Home on Friday, September 26 at 11:00am. The visitation will be at the funeral home on Thursday, September 25 from 4:00-7:00PM with a prayer service at 7:00PM, and one hour prior to the funeral service.
Ron was born to Cecil and Loretta (Briese) Wirth on February 26, 1951 in Detroit Lakes, MN. As a young man he helped his father on the family farm and later went on to farm land of his own. He graduated from Frazee High School in 1969. One year later he joined the United States Air Force where he, as an Avionics Instrument Systems Specialist, repaired jet aircraft. While serving Ron was married to Peggy Osterman on June 12, 1971, at Sacred Heart Catholic Church in Frazee and had two children from this union, Deanna and Brian. In 1974, he was honorably discharged from service at the rank of Sergeant. He entered into his second marriage with Peggy Flansburg on April 25, 1981, at the family farm in Frazee, MN, and to this marriage was born Heidi and Holly; he later divorced. Following Ron's service time he worked for 20 years as a mill rite welder at Wanzek Construction and left to be closer to home. In 2009, he started his own enterprise, Works by Wirth, where he kept busy doing handiwork, landscaping, and scrap metalling until his passing. Ron loved to goose, duck and deer hunt and equally enjoyed staying busy in the trade that he was so creative and talented at. He had a heart of gold and was always willing to help those in need.
He is preceded in death by his parents, Cecil and Loretta, his brother Don of Frazee and his sister Althea Wirth of Moorhead.
Survivors include his son, Brian Wirth of Cedar Key, FL; daughters, Deanna (Shaun) Szczodroski of Frazee, Heidi (Austin) Blilie of Waconia, MN, and Holly (Chad) Okeson of Detroit Lakes; sisters, Deb Wirth of Frazee and Sharry (Denny) Davis of Frazee; and 12 grandchildren with another on the way.

To order memorial trees or send flowers to the family in memory of Ronald Wirth, please visit our flower store.