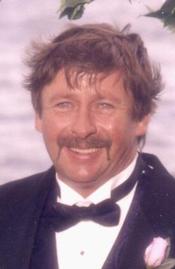 Roy Wesley Jepson, age 61, life-long resident of rural Wolf Lake, MN, passed away under the care of Hospice of the Red River Valley, surrounded by his family, on Saturday, July 30, 2011.

Funeral services will be held 11 a.m., Thursday, August 4, 2011, at Bethlehem Lutheran Church in Frazee with Reverend William Aufdenkamp officiating. Interment will be made in the Pickett Cemetery in Evergreen, MN. Visitation will be held from 5-8 p.m., Wednesday, August 3, 2011 at Furey Funeral Home in Frazee and one hour prior to the service at the church on Thursday.

Roy was born March 1, 1950 in Detroit Lakes, MN. He was the 3rd of 5 children born to George and Evelyn (Nolette) Jepson. He grew up in the Frazee area and attended school in the Frazee school district. Following his schooling, Roy made his home in Spokane, WA for a few years, and had the opportunity to do construction on the Space Needle. He then returned to the Frazee area in the early 1960s, where he found his calling in masonry. He learned the trade quickly and thoroughly enjoyed the work. He then started his business, "Roy's Masonry" which he operated in the area until his declining health forced him to retire in 2006.

Roy was blessed with 6 children: Wesley, Michelle, Jessica, Josh, Joe and Jena. He enjoyed the time he spent with his children, grandchildren and other family members. When he was not busy with work, Roy enjoyed spending time outdoors, hunting, four-wheeling, camping with his children, or fishing the area lakes.

Roy was a quiet man with a great sense of humor and was always known as a jokester. He will be dearly missed by all who knew him.

Roy was preceded in death by his parents and one brother, Mark Alan Jepson.

To order memorial trees or send flowers to the family in memory of Roy Jepson, please visit our flower store.