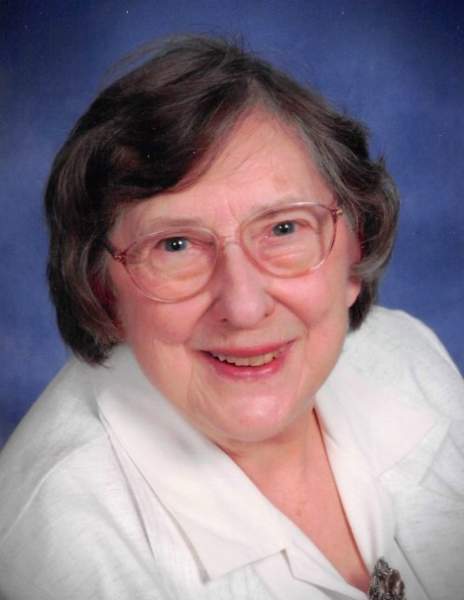 Mass of Christian Burial will be 11:00 AM Friday, November 12, 2021 at Sacred Heart Catholic Church in Frazee.

Visitation will be Thursday from 5 to 7:00 PM with a 7:00 PM prayer Service at Sacred Heart Catholic Church in Frazee.

She was baptized and confirmed at Sacred Heart Catholic Church and grew up and attended school in Frazee. Shirley proudly served her country in the U.S. Army during the Korean War from September 1955 to September of 1957 following her basic training at Fort McClellan in Alabama.

Shirley was assigned to Company D Secretarial School in Fort Benjamin, Harrison, Indiana and later sent to the Pentagon in Fort Meyer Virginia serving as a secretary in Research and Development in the Department of the Army. Shirley was proud of her time at the Pentagon, marching in President Eisenhower’s inaugural parade, and serving as Honor Guard for WAC Military funerals.

On September 26, 1959 Shirley was united in marriage to Joseph Manning at Sacred Heart Catholic Church. Shirley and Joseph were able to share in 60 years of marriage before Joseph’s passing in 2019.

Shirley worked for WDAY, Bill Snyder Films, Military Entrance Air Force Recruiting, as a clerk at the Fargo Post Office and later owned Creative Costumes Shop in Moorhead.  Shirley returned to college and graduated from NDSU with an Associate Degree in Horticulture in 1977.

She enjoyed gardening, genealogy, and traveling.   Her favorite trips were to Norway, Egypt, and Hawaii.   She shared her passion for horticulture with fellow members of 3 horticulture clubs.   She was also a member of the AMVETS and DAV in Fargo and the Sons of Norway.

Please scroll down for the service details.

Disclaimer: Flower orders completed through this website link below are dispatched to the nearest participating FTD florist. Please be aware the staff at Furey have no control over these orders placed. The staff at Furey are not responsible for lost, damaged, or delayed orders.

When you choose to have a memorial tree planted for your loved one, you are doing more than simply putting a plant in the ground. You are making a long-term commitment to the environment and implanting the memories of your loved one in our planet for countless years to come. A memorial tree is a unique tribute which provides global benefits like no other memorial gift could. Memorial Trees planted are not planted by Furey staff or planted on the property at Furey Funeral Home.

To order memorial trees or send flowers to the family in memory of Shirley Manning, please visit our flower store.