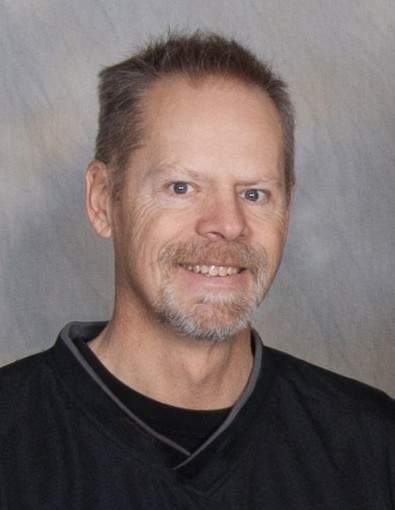 Steven Duane “Gabby” Gabbard, outdoorsman, John Wayne fanatic, and an amazing father and grandfather, passed away peacefully surrounded by his family on February 13, 2019, he was 59.

Steve or “Gabby” as most people knew him was born on August 4, 1959 in Blue Earth, MN.  He was raised by his mother Millicent (Evans) and step-father Herbert Chartraw and spent most of his days at the lake resort his family owned on Star Lake. He graduated from Perham High School in 1977. He was currently employed by L&M Fleet Supply in Detroit Lakes, MN, a job he truly enjoyed and loved.

He married Meridee (Eide) Gabbard in 1980 and spent 30 years together before deciding to part ways.  Together they had two children, Courtney and Zachary. He passed on to them his love of the outdoors and nature, his sarcastic humor, to love John Wayne movies, the art of Archery, and that it is essential to butter your toast right after it pops out of the toaster, because otherwise it won’t have the perfect toast and melted butter ratio.  He took extreme pride in his two grandchildren Keegan Werre (12) and Callie Werre (7) of Moorhead for whom he would drop anything and everything just to be with them. He taught his grandchildren how to fish, Archery, and that Led Zepplin and AC/DC are the two greatest bands ever.  As an avid sportsman, Steve thoroughly enjoyed the outdoors, whether it be hunting, fishing, camping, or just sitting on the pontoon on the lake getting some ‘Vitamin D’ because “everything can be fixed with vitamin D.”

Steve died knowing that McLintock was the best movie ever, John Wayne was the toughest man on the planet, and that cereal and toast can be made for supper any night of the week.

He enjoyed many, many things. Among those things were archery, hunting, fishing, classic rock, westerns, WWE Wrestling, football, Nascar, Pepsi, cold beer, free beer, and above all, his family.

Steve is survived by his children, Courtney (Shane) Werre of Moorhead, Zachary Gabbard of Moorhead, grandchildren Keegan and Callie Werre, and ex-wife/friend Meridee Gabbard. He was also survived by an extended family of Aunts, Uncles, Cousins, Step-Brothers, Nieces, and Friends, too numerous to list but not forgotten.

Steve is preceded in death by his mother, Millicent (Evans) Guck and Step-Father Herbert Chartraw.

Everyone who remembers him is asked to celebrate Steve’s life in their own way; one recommendation is to raise a glass of their favorite drink at their favorite watering hole in his memory. Following the services family and friends may stop by the VFW in Frazee, MN.

To order memorial trees or send flowers to the family in memory of Steven Gabbard, please visit our flower store.
Open