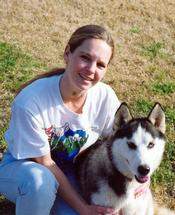 Funeral mass will be held 10 a.m., Tuesday, March 6, 2012, at Sacred Heart Catholic Church in Frazee, MN. Lunch will be hosted at the church following the service for all to attend. Inurnment will take place at a later date. Visitation will be held from 5-8 p.m. Monday, March 5, 2012, at Furey Funeral Home in Frazee with a prayer service to be held at 7 p.m. Visitation will continue one hour prior to the service at the church on Tuesday.

Suzanne was united in marriage to David Kent Royer on June 17, 1982, in California. The couple resided there for 13 years before moving back to Frazee in 1995. The couple was blessed with three children.

She loved fishing, riding the Harley, rock collecting and spending time with her family and friends.

She was preceded in death by her grandparents: Alva and Anna Mellen and Walter and Ethel Formo; 4 uncles, 1 cousin and 1 nephew.

To order memorial trees or send flowers to the family in memory of Suzanne Royer, please visit our flower store.