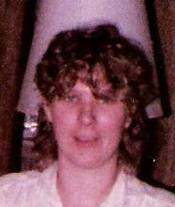 Teresa Ida Klegin, age 52, of Frazee, MN, arrived home to her Lord and Savior on Sunday, March 27, 2011. She passed away at Sanford Health in Fargo, ND with her family by her side.

Funeral services will be held 11 a.m. Friday, April 1, 2011 at St. Paul's Lutheran Church, Loon Lake, MN. Visitation will be held 5-8 p.m. Thursday, March 31, 2011 at the Furey Funeral Home in Frazee, MN with a prayer service to be held at 7 p.m. Visitation will also be held one hour prior to the service at the church on Friday. Lunch will be hosted at the church following the service for all to attend. Interment will be made in St. Paul's Loon Lake Cemetery in the spring of 2011. Furey Funeral Home serving Vergas and Frazee is assisting the family.

Teresa was born on June 12, 1958, in Staples, MN the 3rd of 4 children born to Helmer and Sylvia (Arneson) Tonsager. Teresa was baptized at St. John's Lutheran Church in Ottertail, MN and was confirmed at St. Paul's Lutheran Church in Richville, MN . She grew up in the Ottertail and Perham, MN communities and attended school in Henning through grade six. She completed her high school education at Perham High School, graduating with the class of 1976. She went on to attend the Detroit Lakes Vocational School where she studied cooking and earned her associates degree.
Following her schooling, Teresa enjoyed working as a cook at several local restaurants, including: Colonial Restaurant and the Red Fox in Perham, Hollow Log in Dent, MN as well as the Loon's Nest in Vergas, MN . She later gained employment at the West Central Turkey Plant in Pelican Rapids, MN where she worked for several years.
Teresa was united in marriage to Mark Klegin on September 6, 1984, at the United Methodist Church in Frazee. The young couple made their home in Frazee. The union was blessed with three children: Erin, Daniel and Matthew. Teresa also enjoyed working at the Frazee Care Center, where she worked until her health no longer allowed. She then took a job at the Wal-Mart Bakery in Detroit Lakes and took great pleasure in getting to know her co-workers who she enjoyed working with.
In her spare time, Teresa could be found enjoying the company of her family and many friends. She was fond of the out doors and took joy in taking long walks in the State Parks. She also had a love for animals, and her pets served as great companions to her. She was an avid reader, liked to put together a good puzzle and found delight in painting and drawing. She was a born again Christian and she was a member of St. Paul's Lutheran Church - Loon Lake.
Teresa had a great sense of humor and inherited her dad's great wit and had mastered the art of sarcasm. Teresa accepted her illness with grace and never complained about being sick. Instead, she took the burden upon her own shoulders and was always worried about others, not herself. She often said, "By the grace of God, There I go". She will be dearly missed by all who knew her.

She was preceded in death by her parents.

To order memorial trees or send flowers to the family in memory of Teresa Klegin, please visit our flower store.