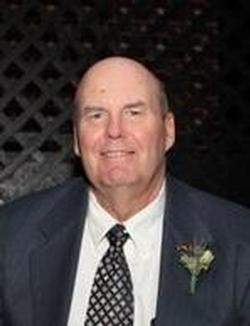 Terrence "Terry" Larson, 66, of North Las Vegas, Nevada and formerly of Frazee, Minnesota, passed away peacefully at home under the care of Nathan Adelson Hospice on December 9, 2014.


Funeral Mass for Terry will be held 11 a.m., December 18, 2014 at Sacred Heart Catholic Church in Frazee, MN. Visitation will be held from 5-7 p.m., Wednesday, December 17, 2014 at Furey Funeral Home in Frazee with a prayer service to take place at 7 p.m. Visitation will continue one hour prior to the service at the church on Thursday. Burial will take place at Holy Cross Cemetery in Fargo, ND on Thursday, December 18, 2014 at 2:30 p.m.

Terry was born January 11, 1948 in St. Paul, Minnesota to his parents Odin Larson and Margaret Lindland. Terry graduated from Hillsboro High School in 1967 and went on to obtain his Bachelor's Degree in Business from North Dakota State University in 1971. Terrence married the love of his life, Betty, on August 1, 1970 at St. Mary's Cathedral in Fargo, North Dakota. Together they had three children, while running their grocery store until he retired in 2006. Community and family were very important to Terry. He was a regular attendee of his church, Sacred Heart Catholic Church Frazee; a member of the Lion's Club, a volunteer fire fighter for the Frazee Fire Department, and a member of the Frazee Community Club. He also drove for Daggett Truck Line for a couple of years which he really enjoyed.
Terry loved spending time with his grandchildren, and being in the outdoors riding horses, camping, boating, and fishing. He was a loving husband, father, brother, grandfather and friend, and will be greatly missed.

To order memorial trees or send flowers to the family in memory of Terrence Larson, please visit our flower store.