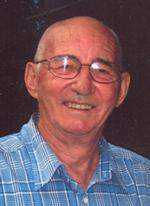 Friends may call 4:00 - 8:00 Wednesday with a prayer service at 6:30 PM at Furey Funeral Home in Frazee. The visitation will continue 1 hour prior to the service at the church on Thursday.

Thomas Marvin Kostka was born December 21, 1931, in Bloomkest, MN to Charles and Mathilda (Hosek) Kostka. He attended schools in Bloomkest and Willmar, MN. As a young man he was called into the military serving in the United States Army stationed in Germany during the Korean War.

Tom was united in marriage to Sharon Scott and together they had two sons, Marshall and Reed. They were engaged in general farming for a short time prior to Tom being asked to manage turkey farms at Darwin and Frazee, MN. For 19 years, he managed Frazee Wood Products in Frazee.

Tom was known by neighbors, friends and family for his beautiful carpentry skills, having built countless items both large and small. His specialty was constructing miniature cabins and churches inlaid with logo, stones and stained glass windows.

Tom took pride in his flower and vegetable gardens, sharing the bounty with others. Petunias were his most favorite flower. Favorite winter hobbies included doing at least 50 jig saw puzzles annually. He was an avid reader of true adventure books and, in later years, read his bible every night. He was also an avid deer hunter and fisherman.

To order memorial trees or send flowers to the family in memory of Thomas Kostka, please visit our flower store.