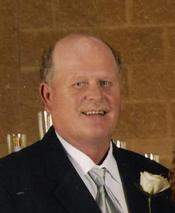 Wendell E. Shaw, age 60, of Frazee, MN, passed away unexpectedly, Monday, August 29, 2011. Funeral services will be held at 11 a.m., Thursday, September 1, 2011 at the Frazee United Methodist Church with Pastor Gary Klempke officiating. Visitation will be held one hour prior to the service at the church on Thursday. Interment will be made in Lakeside Cemetery in Frazee. A lunch will be hosted following the service for all to attend.

Wendell was born March 2, 1951, in Fairmont, MN, the 5th of 6 children born to Everett and Helen (Gerhardt) Shaw. He grew up and attended grade school in Barrett, MN, later moving with his family to Appleton, MN, where he graduated from Appleton High School with the class of 1969. Soon after his graduation, Wendell enlisted in the United States Army where he served in Korea during the Vietnam War. He was honorably discharged from the United States Army July 25, 1971. He then ventured to Fairbanks, Alaska where he gained employment with Wien Airlines for a time. He then took a job on the Alaskan pipeline where he worked until 1978. While in Alaska, Wendell met Rhanda Poor. The couple was united in marriage on August 25, 1979, in Fairbanks. The couple then made the journey to Minnesota and settled in Slayton. Feeling the need for a change, Wendell and his wife, Rhanda moved to Frazee, where they have resided ever since. The couple was blessed with two daughters: Delora and Audra. Wendell traveled throughout the state working several types of construction until his retirement.
When he was not busy with work, Wendell enjoyed the outdoors, fishing and hunting with his brothers-in-law, and later, with his son-in law. He also dedicated himself to raising and caring for his dogs. Above all, Wendell enjoyed the time that he spent with his family as a devoted husband, father, grandfather and friend.

He was preceded in death by his parents and his brother-in-law, Wally Graf.

To order memorial trees or send flowers to the family in memory of Wendell Shaw, please visit our flower store.