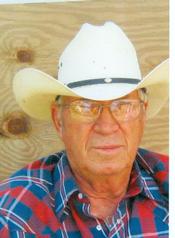 Wilfred J. Andersen, age 75, of rural Frazee, MN, passed away Monday, September 3, 2012, at his home, under the care of his family and Hospice of the Red River Valley.

Funeral mass will be held 11 a.m. Friday, September 7, 2012, at Sacred Heart Catholic Church in Frazee. Visitation will take place from 5-7 p.m. on Thursday, September 6, 2012, at Furey Funeral Home in Frazee with a prayer service to be held at 7 p.m. Visitation will continue from 9:30 a.m. to the time of the service at the church Friday morning. Furey Funeral Home, Frazee, MN is assisting the family with funeral arrangements.

Wilfred was born April 12, 1937, in Waubun, MN. He was the 4th of 9 children born to Christian and Anna (Casebeer) Andersen. He grew up on the family dairy farm and attended school in Waubun.

He was united in marriage to Eileen LaChapelle on June 7, 1958, at St. Benedict's Catholic Church at White Earth, MN. The union was blessed with 5 children. They lived on the family dairy farm for a few years and then Wilfred gained employment with Young Construction out of St. Paul, MN, where he worked for a time. The young family then made their home in rural Frazee, MN. There, Wilfred operated his business, Wilfred Andersen Gravel. He operated the business for many years. Recently, he grated roads for Burlington Township.

Wilfred enjoyed his work and it truly was his hobby. He had a saying that went "If you're awake, you should be working". It was the motto he lived by. He was also a very crafty man and enjoyed the challenge of creating things, especially out of metal. When he was not working, he loved the time he spent with his family and grandchildren. He liked to take his grandchildren on motor home trips to the Badlands in South Dakota and at one time, the family vacationed there yearly. He also liked to take the grandkids to the Rollag Steam Threshers Reunion.

Wilfred was a kind-hearted man who will be missed by all who knew him.

To order memorial trees or send flowers to the family in memory of Wilfred Andersen, please visit our flower store.